Liam Condon, member of the Bayer AG Board of Management and president of the Crop Science division, joined the soy checkoff’s annual meeting to share his perspective on a post-COVID-19 future.

“Our base hypothesis is, we believe agriculture can feed a growing population without starving the planet,” said Condon. “Because of how resilient farmers are and the benefits of innovation, we can simply do things in a better manner going forward.” 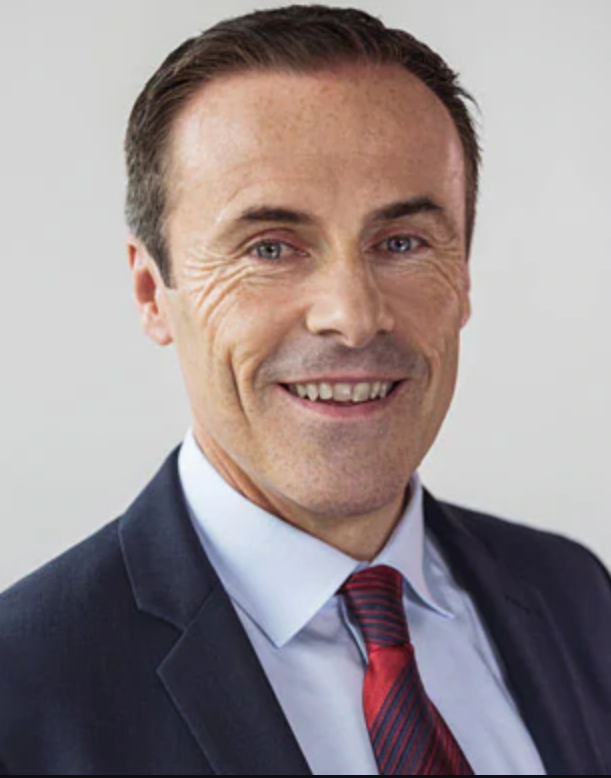 “Over millennia, we’ve had different transformations in agriculture,” said Condon. “A lot is driven by technology — machinery, fertilizers, biotech seeds. The next transformation in ag is going to be based on data, based on the digital transformation.”

Condon said this digital transformation in agriculture allows farmers to make more informed decisions and adjust in real time. Sensors on equipment and on the ground or satellites in the sky allow farmers to bring their data to life in an entirely new, real-time way.

“The great thing about digital tools is that they allow us to work in a more precise manner than was ever before possible,” he said. “This opens up entirely new opportunities that will benefit agriculture going forward.”

It’s estimated that soils can sequester around 20 petagrams of carbon in 25 years — more than 10% of emissions created by humans through sectors like energy or transportation, according to the Food and Agriculture Organization.

“If you think about agriculture, it’s one of the few industries in the entire world where you can actually sequester carbon in the soil,” Condon said. “You can actually make ag part of the solution to this challenge of reducing greenhouse gas emissions.”

Condon said that Bayer has been working for years to develop and validate a transparent, science-based and collaborative approach to a carbon market in agriculture. In the 2020-21 season, 1,200 farmers in Brazil and the U.S. are participating in the program where they are being assisted in implementing climate-smart practices and guided in carbon measurements.

“There is an unmet demand for carbon offsets. With no-till and other agronomic practices, farmers are already sequestering carbon. Let’s find a model that rewards farmers for this,” he said. “If we can embrace this, it’s a huge business opportunity.”

With sustainability in mind, the checkoff and soy partner organization introduced the U.S. Soybean Sustainability Assurance Protocol to demonstrate the sustainability of U.S. soy to international and domestic customers.

The protocol is based on existing aggregated data collected from farmers nationwide who participate in national conservation programs. The information serves as proof that the U.S. soy crop is produced under a system of sustainability that includes everything from water conservation to energy use.

With new ideas that rely on an interconnected digital platform comes the need for reliable rural broadband.

He cited his travels to China, recalling how even in the middle of the most remote field, he had fast and reliable internet access.

“It’s a real problem — the U.S. lacks sufficient rural broadband connectivity,” he said. “There are many underdeveloped parts of the world that have significantly better access to broadband.”

Last year, a study commissioned by the soy checkoff revealed the lack of access to broadband in rural areas takes a significant toll on American farmers and the economy.

The checkoff initiated the rural broadband study to better understand how and why farmers currently access the internet, including the implications access has on farm business decisions, economic viability and overall sustainability. According to “Rural Broadband and the American Farmer: Connectivity Challenges Limit Agriculture’s Economic Impact and Sustainability,” an alarming 60% of U.S. farmers say they do not have enough connectivity to run their businesses.

“If we don’t get the U.S. up to speed on this, it will become a competitive disadvantage,” Condon said.

The underlying future trend is that consumers are becoming more and more interested in not just what they eat, but also in where their food comes from and how it’s produced.

“In the past, I think food companies were willing to take everything from the farm by and large as long as it was healthy and safe. But now, food companies are setting more and more requirements according to consumer preferences,” said Condon. “This ultimately ties back to the farm — not just what is produced but how things are produced.”

Condon continued to remind the farmer-leaders of the checkoff that bridging the gap between farm and table is a team effort. The entire ag industry must work together to show consumers why innovation and sustainability are important to them and result in a healthier and more sustainable product for consumers.

Condon said, “Transparency is the currency of trust.”

Missouri farmer Meagan Kaiser was recently elected Chair of the United Soybean Board by farmer-leaders representing soybean farmers across the country.

Kick off another year of U.S. Soy market updates with Mac Marshall. In this episode, he outlines the top three market factors he’s keeping a close eye on this...

Stepping Into the Future with U.S. Soybeans